Collisions of heavy nuclei at the CERN Large Hadron Collider compress and heat nuclear matter to extreme values of temperature and energy density, resembling those of the early Universe in the first few millionths of a second. Under these conditions, a phase transition to a state of matter known as Quark-Gluon Plasma (QGP) occurs. Within the QGP, quarks and gluons are deconfined over a volume of about 1000 fm3. In nuclear collisions, heavy quarks are produced before the QGP is formed and they subsequently interact with the QGP constituents, playing a precious role as calibrated probes of its properties. The plasma rapidly expands, cools down and eventually forms hadrons. When lead nuclei do not collide head on, the QGP system is elongated and the expansion leads to an elliptical modulation – elliptic flow v2 – in the momentum distribution of hadrons.

Using the large sample of lead-lead collisions collected in 2018 the ALICE Collaboration recently measured the elliptic flow of hadrons containing charm quarks, either bound to a light quark (D mesons) or in charm-anticharm pairs (J/ψ). The results were presented at the LHCP and Hard-Probes conferences and are shown in the figure as a function of transverse momentum (pT). “The large 2018 data sample allows us for the first time to compare how hadrons with one or two charm quarks respond to the QGP expansion” says Dr. Andrea Dainese, former team leader of the Padua group and now physics coordinator of the experiment.

At low momentum, the elliptic flow of D mesons is not as large as that of pions (which contain only light quarks), while the elliptic flow of J/ψ is lower still. This pattern indicates that the heavy charm quarks are dragged with the QGP expansion, but apparently to a lesser extent than light quarks, and that both D mesons and J/ψ at low momentum are in part formed by the binding (recombination) of flowing quarks. “This is exactly the type of measurement that we dreamed of when we designed the experiment” says Dr. Federico Antinori, member of the group and former head of the international collaboration.

The ALICE research group in Padua has had a key role in the achievement of these results. In lead-lead collisions thousands of particles are produced. The D-meson signal could be isolated from the huge combinatorial background by exploiting the high spatial resolution of the Silicon Pixel Detector (SPD), which was designed, constructed and operated with a strong contribution from the ALICE group at INFN and Padua University, and of the INFN mechanical design office and workshop, and the data analysis for the mesurement of the elliptic flow of the D meson was performed by Dr. Stefano Trogolo, post-doc researcher in the group. “This result provides a fundamental piece of information to understand the microscopic interactions of quarks and gluons in the quark-gluon plasma. In the incoming years, thanks to the ongoing upgrade of the detector, we will significantly improve and extend our capabilities of using charm and beauty quarks as markers of the QGP” says Dr. Andrea Rossi, present leader of the ALICE Padua team. 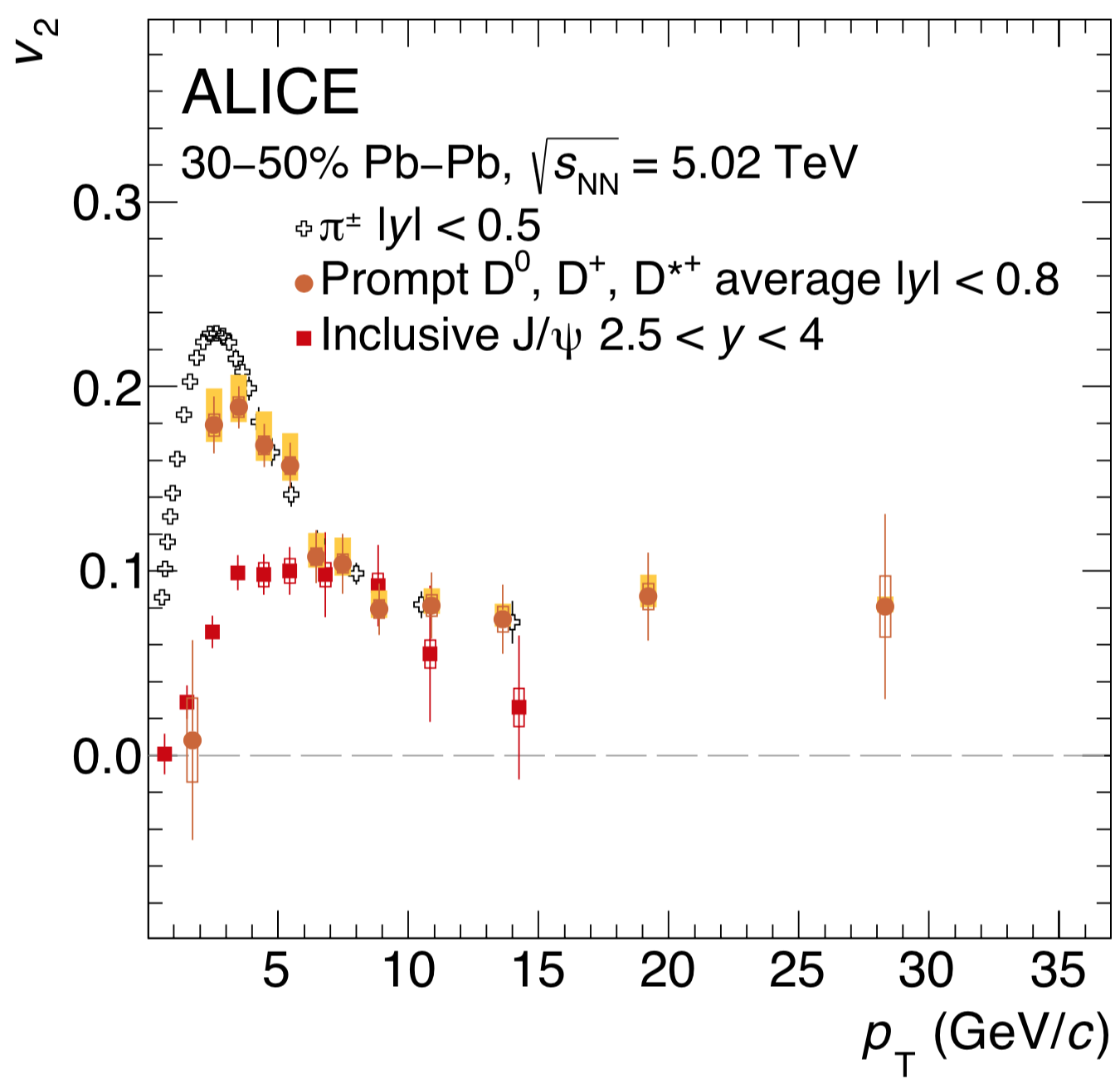