The First Large-Sized Telescope of CTA Makes its Debut

On Wednesday, 10 October 2018, the inauguration of the first prototype of Large-Sized Telescope (LST), named LST-1, will take place at the Instituto de Astrofisica de Canarias’ (IAC’s) Observatorio del Roque de los Muchachos on the island of La Palma. LST-1 is intended to be the first of four LSTs of the north site of the Cherenkov Telescope Array (CTA).

The LST-1 has a 23-metre diameter parabolic reflective surface, which is supported by a tubular structure made of reinforced carbon fibre and steel tubes. A reflective surface of 400 m2 collects and focuses the Cherenkov light into the camera, where photomultiplier tubes convert the light in electrical signals that can be processed by dedicated electronics. Although the LST-1 stands 45 metres tall and weighs about 100 tonnes, it is extremely nimble, with the ability to re-position within 20 seconds to capture brief, low-energy gamma-ray signals.

The LSTs will enlarge the science observation spectrum to reach cosmological distances and weak sources. Both the fast re-positioning and the low energy threshold provided by the LSTs are crucial for CTA studies of transient gamma-ray sources in our own Galaxy and for the study of active galactic nuclei and gamma-ray bursts at high redshift.

The INFN Padova Division, with its long experience developed for the telescopes of the MAGIC experiment, has provided important input to the design and the realisation of the LST-1 telescope. The Division has also given an important contribution to the realisation of the tensioners made from carbon fibers and to their system of tensioning for the support of the arch that houses the reading chamber, thanks to the work done by its in-house mechanical design and mechanics workshops.

In addition to the LST, two other classes of telescope are required to cover CTA’s full energy range from 20 gigaelectronvolt (GeV) to 300 teraelectronvolt (TeV): Medium-Sized Telescopes and Small-Sized Telescopes. Since the low energy gamma rays produce small amounts of Cherenkov light, to capture the images, telescopes with large mirrors are required. Four LSTs will be settled at the centre of both the northern and the southern hemisphere arrays of the Observatory to cover the low-energy sensitivity of CTA between 20 and 150 GeV.

CTA is a global initiative to build the world’s largest and most sensitive high-energy gamma-ray observatory with about 120 telescopes split between two sites: one in the northern hemisphere at the Roque de los Muchachos astronomical observatory in the municipality of Villa de Garafia on the La Palma island (Spain) and the other in the southern hemisphere near the existing European Southern Observatory site at Paranal (Chile). More than 1,400 scientists and engineers from 31 countries are engaged in the scientific and technical development of CTA.

The scientific potential of CTA is extremely broad: from understanding the role of relativistic cosmic particles to the search for dark matter. With its ability to cover an enormous range in photon energy from 20 GeV to 300 TeV, CTA will enable significant improved performance with respect to current instruments. CTA’s important scientific perspectives (published in 2017), are described in Science with the Cherenkov Telescope Array, available via the CTA website library (www.cta-observatory.org/science/library/) and arXiv (1709.07997).

CTA was recently promoted to a landmark on the 2018 roadmap of the European Strategy Forum on Research Infrastructures (ESFRI). This project is funded by the European Union’s Horizon 2020 research and innovation programs. 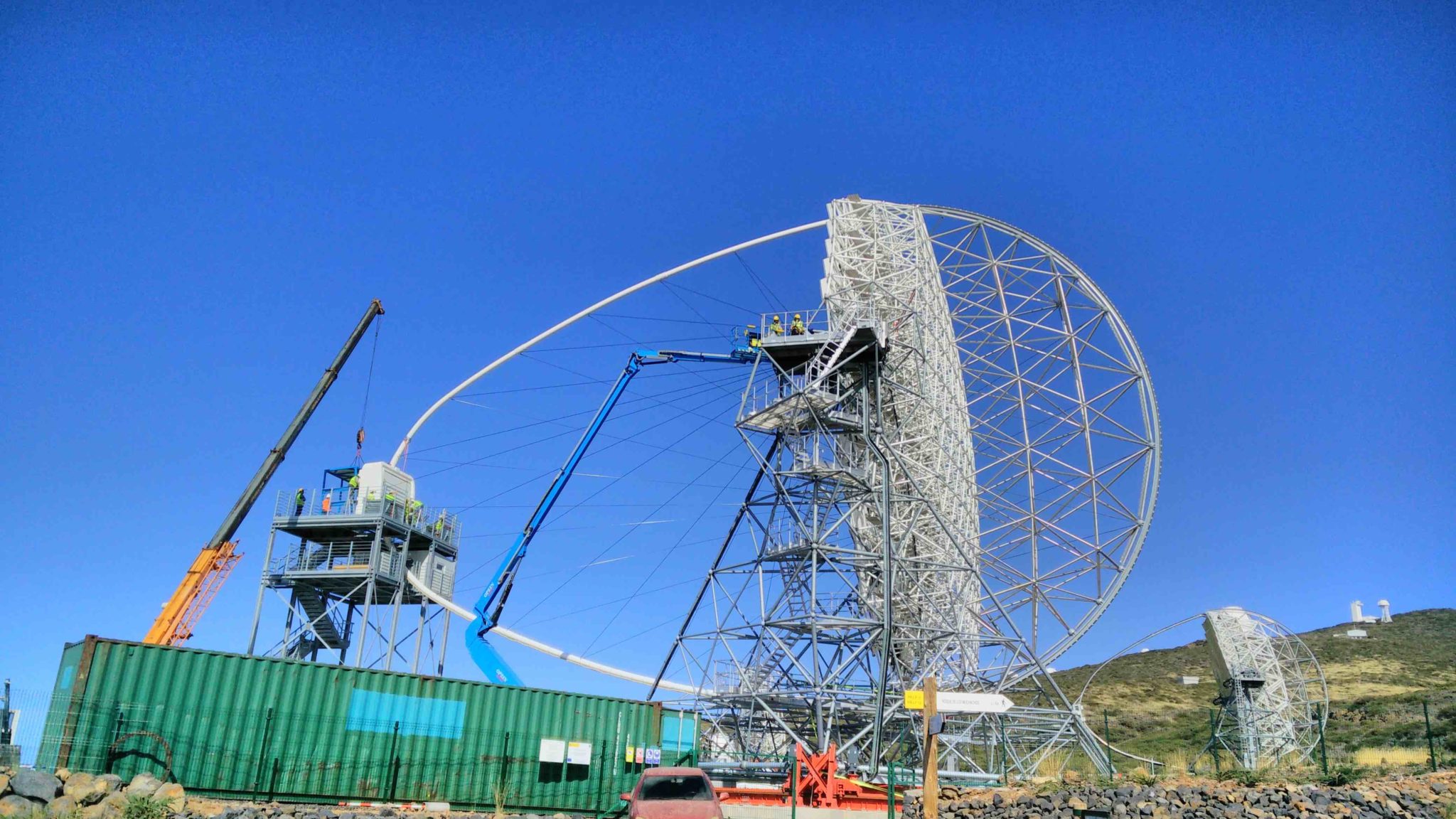 First observation of the violation of CP symmetry in charm particles